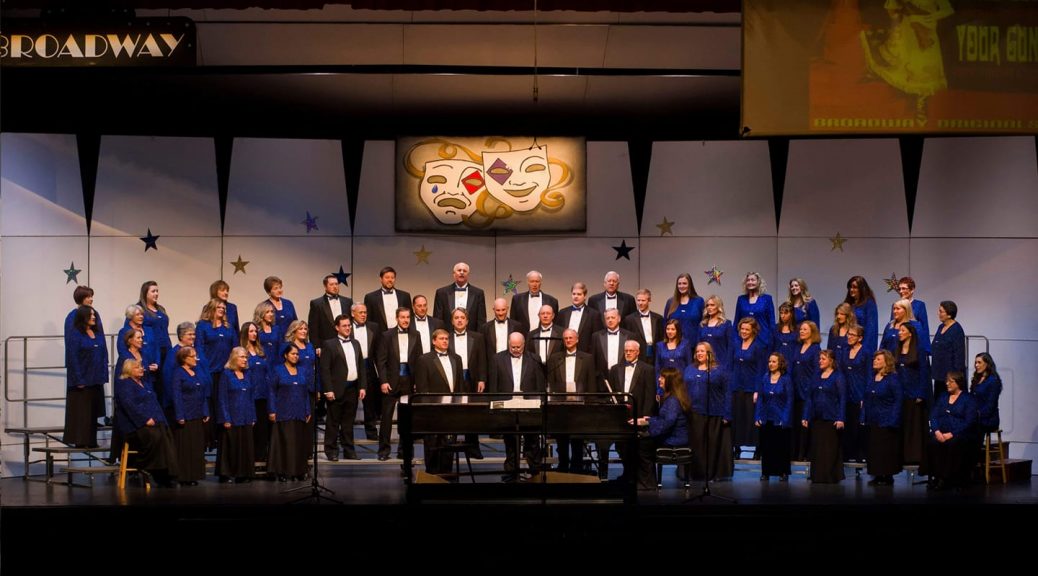 Sounds Choir was formed in 1977 and is Idaho Falls’ longest running continuous mixed adult choir.  The choir performs two choral programs each year and has performed in the historic Assembly Hall on Temple Square in Salt Lake City every other year for many years.  The choir has performed under the direction of Lex de Asevedo in Jeruselem, John Rutter in New York City, and Dr. Craig Jessop in Washington D.C.  In February of 2020 the choir was part of the chorus for a concert style production of “Joseph and the Amazing Technicolor Dreamcoat.

In addition to the choir’s choral programs, member’s of the choir also produce a Broadway musical each summer.  Originally, this was produced by the choir, But as time went on “the musical” formally split off from the choir and became known as “Sounds Summer Musicals.”  (www.soundssummermusical.org )